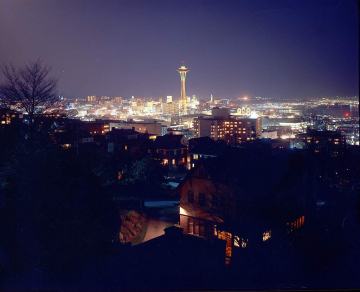 Queen Anne, originally called Eden Hill, adopted the name due to the style of home that were built. Queen Anne is a beautiful place that can be divided into 4 smaller areas. Lower Queen is close to The Seattle Center, which also includes the Space Needle, EMP, The Pacific Science Center, Key Arena (which might be getting a face lift in the near future, another article for another time), and is close to all that Downtown Seattle has to offer. East and West are part of a business district that meet in the middle at the top of the hill. Facing Fremont is North Queen, a quieter area that is home to Seattle Pacific University.

Queen Anne was the last of the areas to be built due to the fact that it was built on a hill and was pretty steep to build. At one point in time they actually offered 2 for one plots as long as you built houses on them right away.

Being so close to down town has a lot of benefits! With all of the events like Folklife, Bumbershoot, Bite of Seattle, and Seattle Beer Festival, there are so many things to see and do! (Not to mention all of the bars and restaurants!!) Most of these things are within walking distance depending on where you are, too!